New beginning with the UV unit

We now have a new setup for working at the studio since NuArc FT26V3UP arrived on 2014. As it needed repairs and parts i´ve just now started to work with it.

Now it´s time to test the optimal exposure times for:
Although we were impatient enough to start directly with images I have now found that I still need to make reliable step tests. I´m using ImageOn and wet lamination (VIDEO) on old offset sheets. Although i do my lamination process in much less light then in the video :)

As you can see below the shortest time for achieving black is probably 0,9 Light Units (that equals 17 seconds) 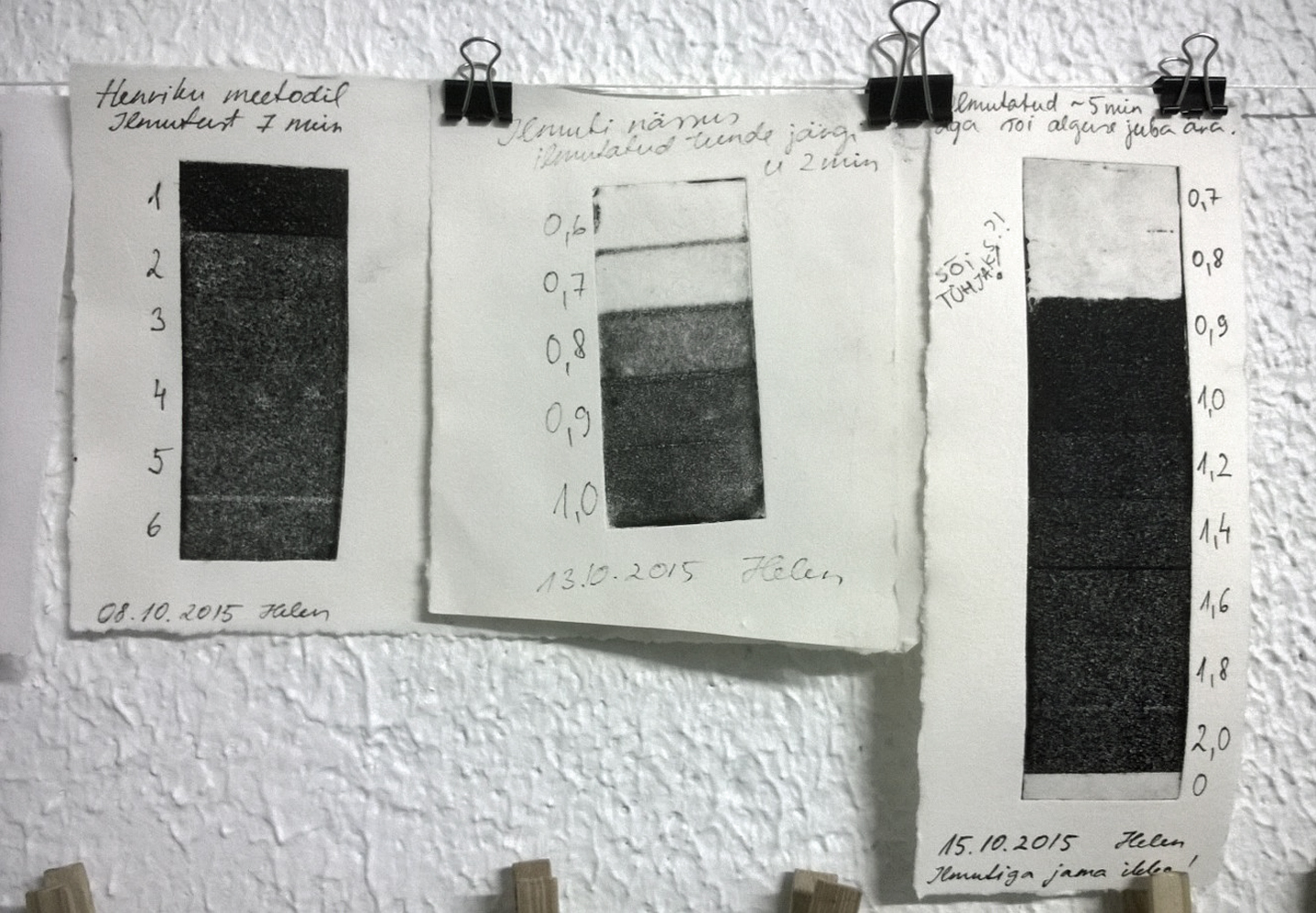 Regarding the Developer, I´ve had some issues with properly diluting the Sodium Carbonate crystals in the water but that was because I tried to dilute the powder in the 5l of water. It should be done with small amount of hot water first and then mixed with the right amount of water.

As some instructions advise to agitate the plate and others tell you to leave it be, I tried both ways. The last two small plates were not agitated/brushed during the development. I tried this to see what´s the difference.  As the test plates were really small it´s hard to tell but it seams the unagitated plates kept some emulsion on 0,8 LU (Light Units).